In Photos: Protesters March in Cities Across America 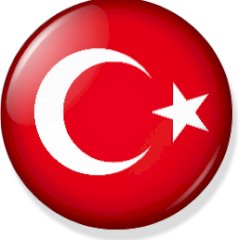 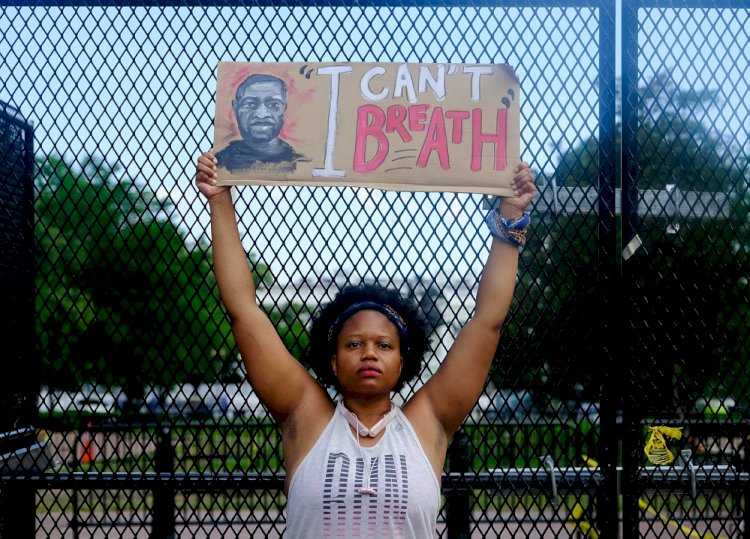 The protests have included striking displays of solidarity between the police and demonstrators, but also new images of police violence. Two officers in Buffalo were suspended after video showed them shoving a 75-year-old protester, who was hospitalized with a head injury.

On Thursday night, after a memorial for Mr. Floyd in Minneapolis, peaceful protests continued. In Brooklyn and Detroit, protests ended peacefully despite extending past curfews. In Manhattan, the police made 10 arrests for curfew violations. A group of about 100 protesters endured a spring thunderstorm while demonstrating in Lafayette Park in Washington. The city painted a two-block mural reading “Black Lives Matter,” near the White House, and Mayor Muriel Bowser renamed a section of 16th Street NW: “Black Lives Matter Plaza.”

LIVE UPDATES
Our reporters and photographers are on the ground in cities across the country. Here’s what they’re seeing.

A memorial for Breonna Taylor, who would have turned 27 on Friday.

Flowers from George Floyd’s funeral were delivered to a memorial near where he died.

People photographed a building that was destroyed during protests earlier in the week.

Residents organized a food pickup in Minneapolis. The damage caused in protests this week has affected residents’ ability to easily get food.

A mural was painted on the road.

Largely peaceful protests stretched into their 10th day, as George Floyd’s family held a memorial in Minneapolis on Thursday.

Mourners carried the coffin of George Floyd on Thursday to the site of a memorial service in his honor in Minneapolis.

“I’m here to support the cause,” said Ikran Mohamed, pictured outside the memorial service. We know that all of the injustices against African-Americans has been present beyond what has been caught on camera, so I’m here to be present in fighting against those injustices.”

“I just came to pay my respects to George Floyd and so many others throughout history. I’ve been so angry and upset this past week, but mostly tired of it all,” Mario Grant said.

People prayed during Mr. Floyd’s service at the memorial near where he died.

Protesters marched through the streets of Harlem.

An arrest after curfew.

A helicopter flew overhead as residents watched the police arrest protesters in the Bronx.

Members of the Senate Democratic Caucus participated in a moment of silence in Emancipation Hall at the U.S. Capitol.

Concrete barriers were placed behind the security fences outside the White House.

Community members painted murals downtown in honor of black Americans who have been killed by police officers.

An aerial photo of marchers.

Jessica Moore, of Ullin, Ill., right, attempting to hold dialogue with a counterprotester.

A show of solidarity.

From coast to coast, protesters had a consistent reaction to the charges that have now been brought against three additional police officers in the death of George Floyd: It’s good news — and it’s not nearly enough. There need to be convictions. There needs to be systemic change.

Praying at the memorial where Mr. Floyd died in police custody.

Veronica Clark embraced her brother, Joe Clark, at the memorial. She was pleading for him to stay safe and alive.

At the front line of a daytime demonstration.

Father Timothy Cole prayed for protesters and the police.

A raised fist during a march in the St. Louis suburb of St. Charles, Mo.

Demonstrators paused for a moment in honor of Mr. Floyd.

A moment of silence in front of the Hall of Justice downtown.

A woman directed traffic during a protest in West Hollywood.

A member of the National Guard waved to protesters.

Residents cheered from their balconies as protesters made their way through the streets.

The police made arrests after curfew in Manhattan.

Deandrea Barber at an Louisville intersection where a local chef, David McAtee, was shot and killed by the police this week.

More than a thousand protesters participated.

A photo of Manuel Ellis, who died in police custody in March, in Tacoma, Wash.

Marcia Carter-Patterson, center, Mr. Ellis’s mother, addressed a vigil for him in Tacoma, Wash., on Wednesday.

Izaeh Hyde Ford, 6, at the protest.

Protesters near a barricade guarded by the police and the National Guard.

Brooklyn Prince, 8, and Ashley Prince in a caravan of protesters driving through downtown.

Protesters walked onto the Morrison Bridge in Portland.

A “die-in” on Boston Common.

The eighth day of protests was largely peaceful, with only sporadic reports of looting overnight. Washington is becoming a heavily armed fortress, and criticism of President Trump’s response is mounting.

The memorial where George Floyd died in the custody of the Minneapolis police.

Gianna Floyd, 6, daughter of George Floyd, and her mother, Roxie Washington, talked with reporters about his death.

Anwar Hussain cleaned up the souvenir shop he has managed for 18 years after another night of looting.

Police officers after the curfew began in the Bronx on Tuesday.

Tank Sullivan stood guard outside Dino’s Food Mart after demonstrators threw a Molotov cocktail onto the roof the night before.

A late-night protest after curfew.

Protesters demonstrated near the White House.

Senator Elizabeth Warren and her husband, Bruce, at protests near the White House.

Protesters on horseback showed up in the downtown area.

Philonise Floyd, a brother of George Floyd, spoke at a protest rally.

Thousands gathered for another day of protest.

The police and the National Guard moved against protesters after curfew.

A protester threw a smoke device at the police during a demonstration.

Protesters moved through downtown earlier in the day.

Protesters set off fireworks during a rally.

Facing off with law enforcement.

Members of the National Guard watched as demonstrators marched along Hollywood Boulevard.

A police officer knelt during the protest.

Protesters gathered around the statue of the Confederate general Robert E. Lee near downtown.

The police deployed tear gas during a demonstration outside City Hall.

Protests and looting continued around the country. Tear gas filled the streets near the White House. And curfews were ignored as demonstrators took to the streets in places like New York, Minneapolis, Los Angeles and elsewhere.

Protesters gathered at the site of the killing of George Floyd.

Terrence Floyd visited the site where his brother, George Floyd, was killed.

Cleaning up graffiti after the protests.

The protests were mostly peaceful, but reports of looting later in the night prompted Mayor Bill de Blasio to announce that the 11 p.m. curfew would be moved up on Tuesday to 8 p.m.

Participants and observers of the protests said they had never seen expressions of grief and anger of such magnitude.

Protesters walked across the Brooklyn Bridge.

People were caught in tear gas fired by the police.

Kentucky state troopers dressed in full riot gear advanced on demonstrators who were violating curfew and refused to disperse.

Demonstrators also protested the deaths of Breonna Taylor, who was killed by the police in March, and David McAtee, a local restaurant owner who was shot and killed earlier Monday at a protest.

Protesters marched along the iconic theater district of Hollywood Boulevard.

Cory Palka, the commander of the Los Angeles Police Department’s Western division, took a knee with protesters after making an impassioned speech in support of a peaceful demonstration.

A mix of people accused of looting or violating curfew were placed under arrest.

President Trump said he planned for a police and law enforcement presence to “dominate the streets.”

A man had tear gas washed off his face after the police advanced on protesters outside the White House.

Protesters raced up a hill to escape tear gas after a march through Center City.

A protester returned a tear-gas canister.

Protesters with a picture of Mr. Floyd during a demonstration in Seattle, which announced its third night of curfews on Monday.

Thousands marched through the streets.

Some held a prayer vigil by the First African Methodist Episcopal Church.

Fireworks exploded near the police during the protest.

A protester took a knee in front of police officers.

Thousands gathered in the city.

Protesters ran from tear gas during a standoff in front of the Georgia State Capitol.

Protesters demonstrated outside of City Hall.

In Washington, the White House went dark as protests flared around it. Rallies, marches and looting engulfed cities from coast to coast. Mayors and police chiefs spent the day explaining, defending and promising full investigations into the actions of officers seen on some disturbing videos.

Demonstrators started a fire near the White House.

And the police dispersed protesters.

Outside a dark White House, protester